Followers of the addiction treatment industry should be on high alert after the arrest of Christopher Hutson of Whole Life Recovery.  The arrest marks the first arrest of any industry provider utilizing the state Patient Brokering Act (PBA).  Relying solely on the allegations, the arrest is based on a business relationship between the provider and sober homes.  Discussion in the “case management agreement” referred to in the arrest affidavit circles around some key allegations that include or imply (1) payment for patient referral, and (2) services by sober homes paid for by Whole Life which were not actually performed.

Serious industry providers absolutely MUST be well educated by lawyers who have years’ experience dealing daily with issues that include the federal Anti-Kickback Statute (and safe harbors), the bona fide employee exception to the AKS, the PBA and how insurers and regulators (inside Florida and outside Florida) interpret and apply such laws.  Any contract (like the sort of agreement referred to in the arrest warrant affidavit) that isn’t preceded by careful client education about the laws, the options and risks of each option is just reckless.  Clients who are well educated will understand things like— END_OF_DOCUMENT_TOKEN_TO_BE_REPLACED

In 1986 President Ronald Reagan signed the Emergency Medical Treatment and Active Labor Act (EMTALA) into law.  Since then, the application of the law has been expanded and refined.  It was one of the first laws giving the government the authority to dictate certain operations of a hospital.  While other laws and regulations such as the Anti-Kickback Statute and the Stark Law have become more of a focus for health care providers, EMTALA remains an area of active enforcement.  All providers with hospital privileges should therefore be aware of its application.

The policy behind the law is fairly straightforward.  Hospitals with emergency departments should not be able to turn away patients needing care because of their inability to pay (no more “wallet biopsies” as part of triage).  Likewise, hospitals should not be able to “dump” patients on other facilities for reasons other than for advanced care.

The requirements of the law are also very basic.  If a patient comes to an emergency department and requests an examination or treatment for a medical condition, the hospital must provide an appropriate medical screening exam, within its capability, to determine whether or not the patient has an emergency medical condition.  The screening provided goes beyond simple triage, and must be performed by a clinical provider such as a physician, nurse practitioner, or physician’s assistant. END_OF_DOCUMENT_TOKEN_TO_BE_REPLACED 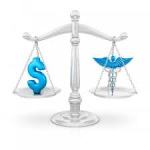 Hastiness and superficiality are the psychic diseases of the twentieth century, and more than anywhere else this disease is reflected in the press— Alexander Solzhenitsyn

I read an article in a local paper the other day.  It was about (a) a guy who owned a treatment center (who has not been charged with committing a crime), (b) a lawsuit filed by a large insurance company against a toxicology lab that the insurer owes millions, and (c) the fact that insurance companies pay a lot for toxicology lab testing.  I scratched my head, wondering how there was anything newsworthy there.  The “story” being sold by the paper, however, created a story with a villain (the providers of services to people in recovery from drug and alcohol addiction) and a “victim” (people receiving care for addiction).  I can’t resist responding.

There’s a difference between something that’s interesting and worthy of comment vs. a journalistic attempt to concoct controversy and intrigue that people might buy.  There’s not much of the former, but a lot of the latter.  People in recovery being victimized by horrible, greedy people is an interesting story.  Unfortunately, it’s off the mark and really not helpful to anyone.

There are three pretty safe assumptions we can almost all agree on:  first, there are a lot of people who want to live life without active addiction.  Second, many of them think they need help to create a better life.  Third, some providers of help to people in recovery make a bunch of money providing that service. END_OF_DOCUMENT_TOKEN_TO_BE_REPLACED

Medical necessity is the driving force for the payment of any service, but is especially worth noting when discussing laboratory testing. Standing Orders for urine drug testing in residential treatment settings are not prohibited, per se, but this practice must be built upon detailed policies and procedures that are precisely followed and are directed to individual patient needs.

The following conditions may help to determine whether Standing Orders are appropriate in a residential treatment setting: END_OF_DOCUMENT_TOKEN_TO_BE_REPLACED 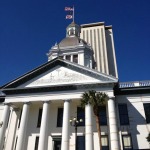 The scope of Physician Assistants’ practice is a dynamic and hotly debated area of law which shares many similarities with the nurse supervision issues we covered in a recent article (available here). House Bill 1275 would have also allowed for an expansion in the PA field and was included on the “Health Train” compilation of bills introduced during the Florida legislature’s recent session. As we know nothing on the Train passed before the session ended and though it may gain forward momentum next time, here’ how the laws stand today:  END_OF_DOCUMENT_TOKEN_TO_BE_REPLACED

Nearly half of U.S. States have already expanded the scope of nursing practice and several more are analyzing whether it is appropriate.  The debate between physicians and nurses regarding how much autonomy a nurse should be given is a political hotbed that will likely be revisited by the legislature in the near future.  Until that time, the Board of Medicine and the Board of Nursing will quietly continue to enforce the present requirements. Here’s how they stand today:

Under Florida’s current laws, in addition to the practice of professional nursing, an advanced registered nurse practitioner (“ARNP”) may perform acts of medical diagnosis, treatment and prescription. However, for the most part, such acts must be performed under the general supervision of a physician.  The nature of such a supervisory relationship should be identified in a protocol which identifies the medical acts to be performed and the conditions for their performance. END_OF_DOCUMENT_TOKEN_TO_BE_REPLACED